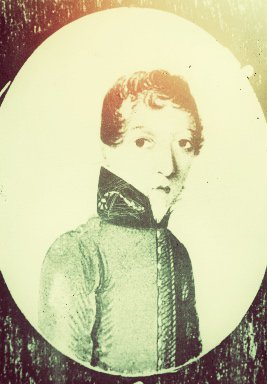 In the spring of 2019, I started Notes on a Gentleman a newsletter in which I write about my research into Dr. James Barry (roughly 1789-1865) British military doctor and reformer. Specifically, my research focuses on two points: a) taking an in-depth and rigorous look at the actual historical material related to Barry’s life and questioning the narratives and assumptions that have grown out of the secondary literature about him since his death and b) looking at Barry as someone who lived with a queer understanding of gender and was, most likely, someone we would now identify as transgender. By doing this I hope to investigate and reconstruct better mythologies for doing trans history particularly trans history before the 20th century.

I chose the newsletter format for the reason that I wanted my research and research process to be engaging and accessible. Over the last few years of researching, writing and talking about James Barry on social media I have come to the realization that the majority of people who are most interested and engage in the story of Barry’s life and in the creation of trans history, in general, are not in academia. To me, it made sense then to create a space where my research, and writing about that research, could be shared and understood more broadly than if I had written for an academic journal. It also gave me space to talk and think about these topics from multiple angles; from more traditional academic writing to more informal pieces, to incorporate interviews, and round table discussions and interacting directly with a popular culture understanding of this history.

I still plan on publishing more traditionally on Dr. James Barry. I think there is definitely room in traditional academic publications for discussions on Barry and trans historical methodologies. I think it is more than time for there to be a popular biography of Barry that takes his queer and trans gender identity seriously. I do think though that when we only research and write for traditional publication we create barriers between our research and the people who are the most in need of access to it and who will be the most engaged with it anyway.

To me, part of being a public historian is trying to find ways to engage the public in my research process and for me to engage with the many ways historical conversations currently take place. I hope the newsletter facilitated that engagement.

Notes on a Gentleman